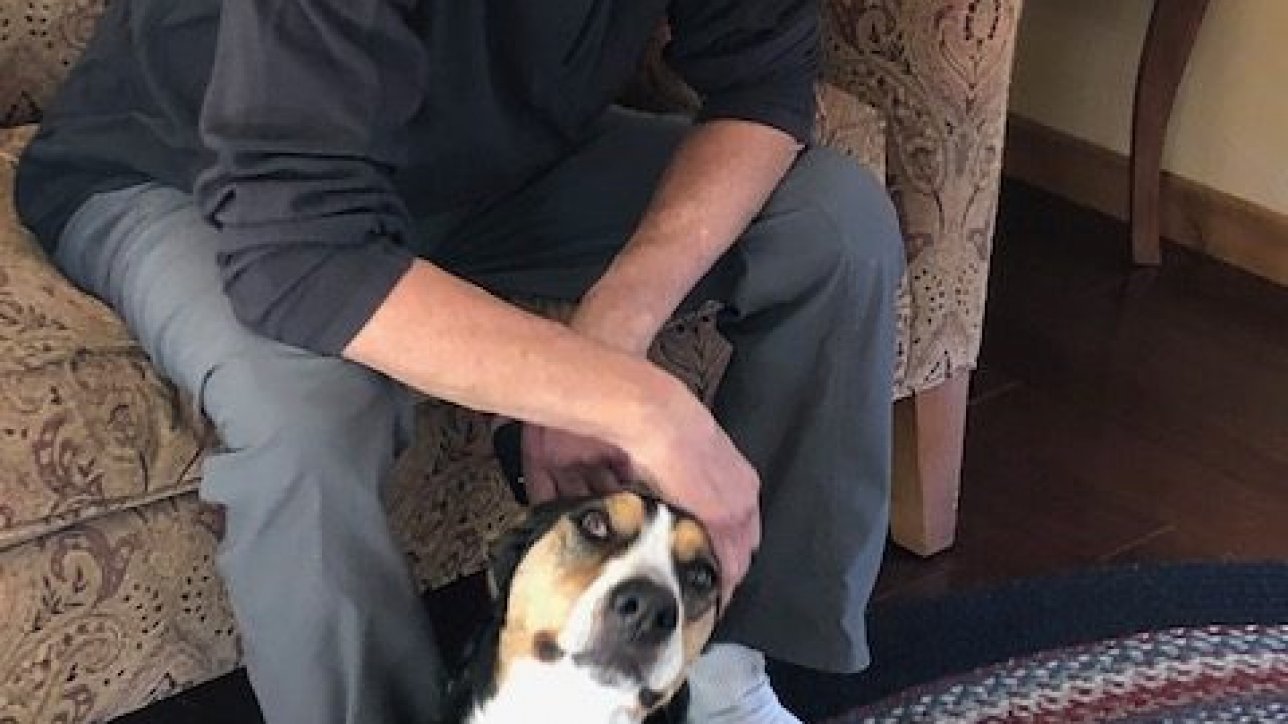 Happy Foster Friday!
Jim and Colleen sent us this wonderful update on Daisy:

Words cannot describe how wonderful a dog Daisy is. Here is a breakdown of how she has adapted to her foster home in these eight days.

The first few days Daisy was not allowed off leash, or lead. We walked her around the yard to familiarize her with the boundaries, and for her am/pm ablutions. She became restless, of course, as she couldn’t run or really play too much; we were anxious to get her acclimated so we could play with her! In four days, she gained her freedom in the yard and what fun she has been having. She loves to run after the ball, or just run around, and she follows us everywhere. She’ll wander about alone, sometimes all along the borders of the yard, but a whistle or calling her name brings her running.

She was a bit shy of Jim, but in only a few days she has come to accept him – in fact she begs him for attention. Speaking of attention, this dog LOVES to be petted, mugged, squeezed, hugged, scratched . . . whatever, as long as she can get as close as possible to us. That said, she is not one to bug us endlessly. She lays on her bed in the evening, perfectly content, and doesn’t bother to get up until 7:00. Daisy is the first dog we’ve fostered that we have not confined at night – she is such a fine house dog, she gets to sleep on her bed in our room.

It would appear that she hasn’t had much experience in vehicles. She now puts her front paws on the tailgate but still needs a lift to get in the back where she immediately crawls under the cot and makes herself as small as possible which is pretty small for such a long dog. Same when she rides in the front of the vehicle, she curls up behind the seat and doesn’t move – not a bad thing in a vehicle.

In socializing her, I took her to MH last Sunday. She trembled for a good 5 minutes (she doesn’t like the MH lobby, as you all probably know) but she did relax a bit. Right after that I took her to a strange house (friends) where she happily got out of the truck and enjoyed being the center of attention while our friends admired her, wagging her tail and sniffing everyone. This was remarkable to me, given that she was so nervous earlier at the Shelter.
Up in Ketchum, we had her on-leash at Hailey Coffee while Jim went inside, and several people stopped to talk to her. While she was shy, Daisy doesn’t not appear the least bit threatening, so people want to pet her. She’s not so thrilled with strangers but we think a little more socializing and she’ll be fine. That constantly-wagging tail is such a joy.

She walks well on the leash, rides the bike easily (we use an attachment to the bike frame, not just a leash), and plays with the local dogs very well. When she is with other dogs (in our yard, off-leash) and it’s time to finish her playdate, we just leash her up and put her in the house, then shoo the other dog out the gate. Until next time.

To sum it up, this dog could change your life. She is unique, adorable, and affectionate – not to mention easy to take care of. We look at her and think . . . maybe we should change all our plans just to keep her. She is that special. 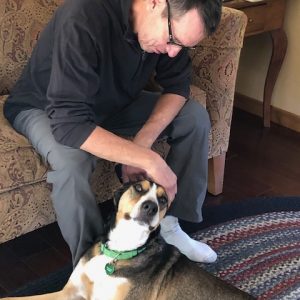 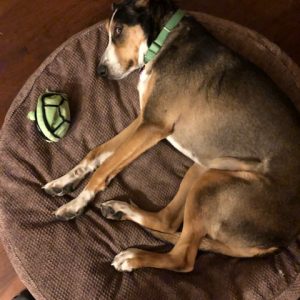 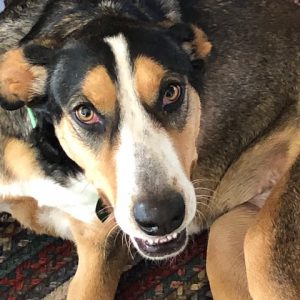