Once upon a time I had a Lhasa apso. His name was Skipper. He learned to be a counseling dog and stole the hearts of all my clients. Unfortunately, Skipper was not a healthy dog. At an early age he was diagnosed with two heart conditions. We lost him shortly after moving to Bellevue. My heart was broken. We took all of his toys and treats to Mountain Humane. The folks there were so kind. They allowed us to go from kennel to kennel, cage to cage to distribute treats. It warmed our hearts to be able to put a little sunshine into the lives of these dogs. In the back room where they kept the small dogs, there was one little dog who caught our eye. He had bat ears and a scruffy coat and looked a lot like a little fox. We found ourselves going back frequently to visit this little dog. The kennel had named him Baylor. Apparently he was found starving and filthy dirty in a parking lot in downtown Hailey. He had no identification and no one ever came to claim him. The more we spent time with him, the more we realized he might just fit into our lives. Unfortunately, we had to spend the summer in Homer, Alaska because we were trying to sell a house there. We offered to put a deposit on the little dog, but that was not an accepted practice. Consequently, shortly after I left for Alaska, my husband called and asked if he should go get him. I could hear it in his voice- we needed this little dog to help us heal. He got the dog the very next day and flew him to Alaska. Everyone on the airplane was taken with him. We realized the pup didn’t know that he was being called Baylor, so we renamed him Rex. It seemed to fit him. He needed a royal name because he only weighed 8 1/2 pounds. We have had Rex now for three years. He’s changed our lives. We walk him every day in a beautiful park nearby and spend countless hours throwing toys, talking to him, and sitting with him curled up in our laps. He goes on camping trips with us and loves rides to town in either the car or the truck. He has filled that void that was so very painful and has brought a refreshing joy back to our lives. I encourage any of you out there considering a pet to go rescue one that truly needs your love and care. 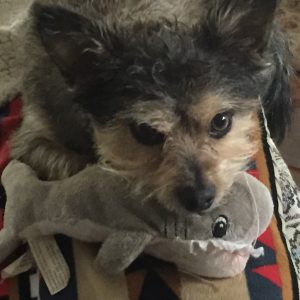 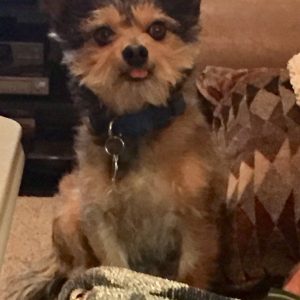 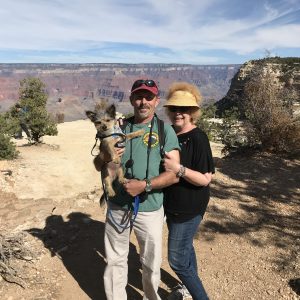