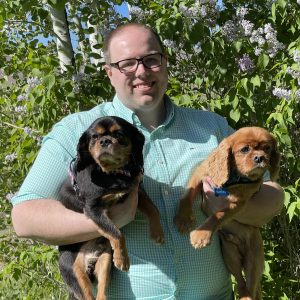 Brent moved to Hailey from Montpelier, Vermont to continue his career in animal welfare with Mountain Humane. While living in Vermont, Brent was the Director of Finance and Administration at the Humane Society of Chittenden County, located in South Burlington. Brent has also held positions with the State of Vermont Auditor’s Office, Wabash Valley Habitat for Humanity, City of Gahanna, Ohio, and the Ohio Auditor of State’s Office. Brent obtained his BA from Bluffton University (OH), his MPA from Ohio University, and his MBA from the University of Findlay (OH).